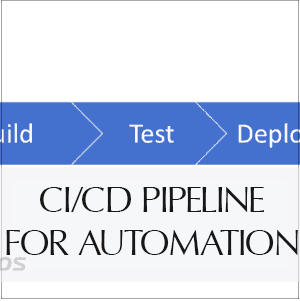 The main goal of this automation pipeline within your business is to be able to deploy your application into different environments such as Dev/QA/Production without manual intervention. This automation reduces the risk of errors during deploying, reduces the number of hours for deploying code changes in multiple environments, and helps to deploy the changes more frequently in development and QA environments as soon as possible after changes are made. The methods a CI/CD pipline allows you to apply are:

Let’s look at how you can set up a continuous integration/continuous deployment (CI/CD) pipeline for processing data by implementing CI/CD methods with managed products on Google Cloud. The Google Cloud tools we will to build the pipeline is Google Cloud Build. A typical CI/CD setup will look like:

First, the developer checks in the source code into GitHub (any Version Control System is ok). Next, GitHub triggers a post-commit hook to a Cloud Build. The Cloud Build then builds the container imager and pushes it to the Container Registry. Cloud Run is then notified to redeploy and Cloud Run pulls the latest image from Container Registry and runs it.

To build a simple pipeline in Google Cloud using Cloud Run, we will go through the high level steps.

Now you are ready to test. Make a small change to your code and push it to your repository. This should trigger the cloud build:

After a little while, you’ll see your new container listed in Cloud Build:

And you should finally be able to see your new service deployed in Google Cloud Run:

That’s it! You have setup a simple CI/CD Pipeline for automation in Google Cloud!