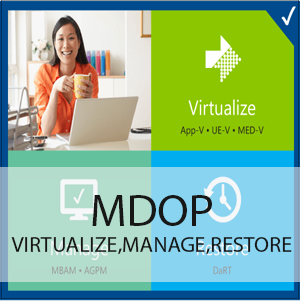 Microsoft Desktop Optimization Pack (MDOP) is a suite of utilities that is part of the subscription service Microsoft Software Assurance program.

The MDOP suite is grouped into 3 technologies: Virtualize, Manage and Restore

Microsoft Application Virtualization (App-V) 5 lets you make applications available to users without having to install the applications directly on the computers. App-V captures applications into centrally managed services that are not installed and don’t conflict with other applications.

Starting with Windows 10 1607 (Anniversary Update), this item became part of Windows 10 and is no longer included in MDOP. 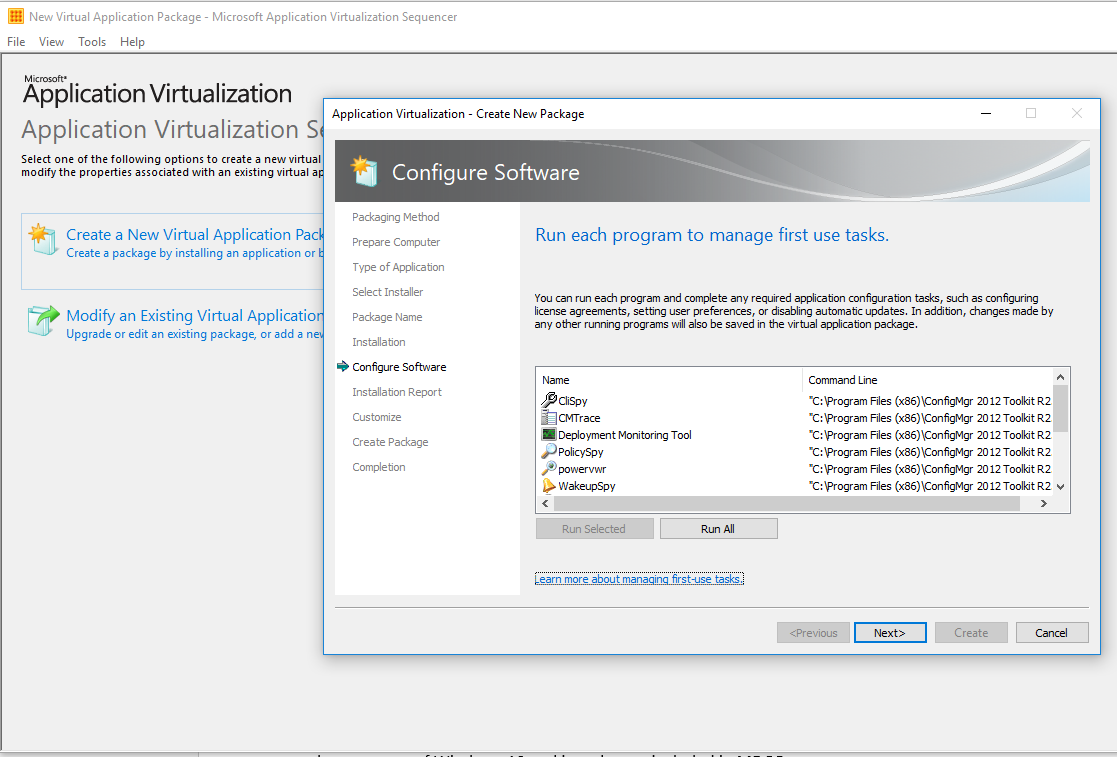 Then deploy it as you would an application in Configuration Manger: 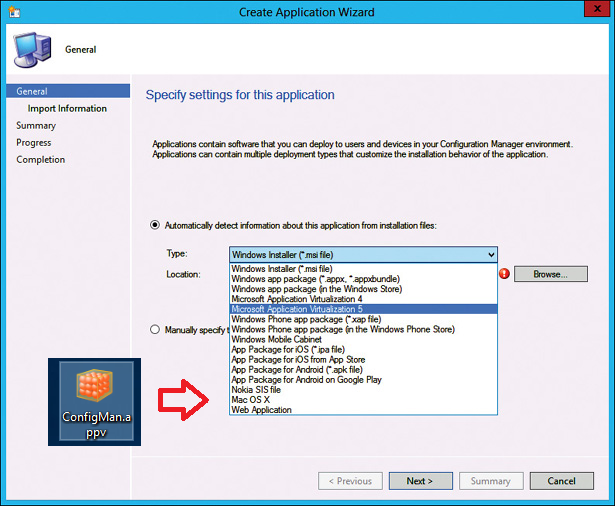 A replacement for roaming profiles that will allow user preferences and settings to roam between different environments and types of devices.

Starting with Windows 10 (Anniversary Update), this item became part of Windows 10 and is no longer included in MDOP. 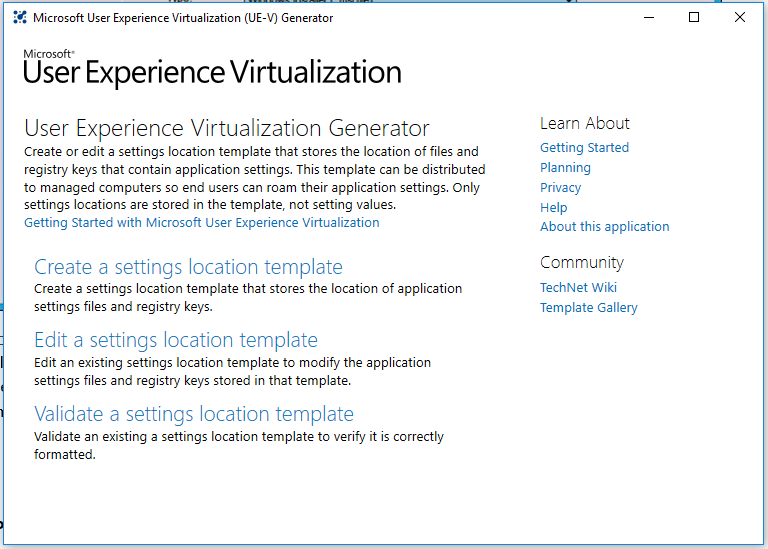 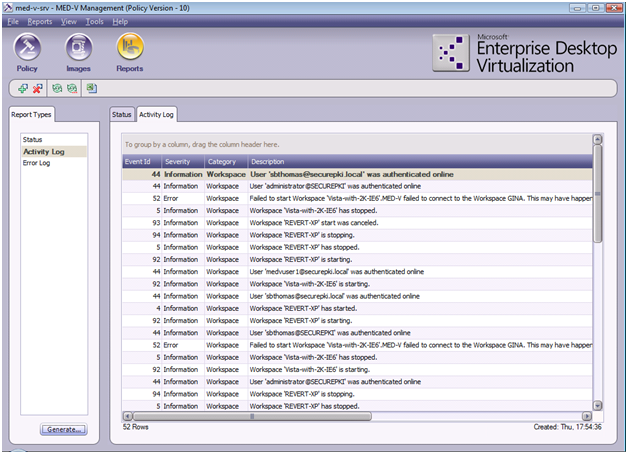 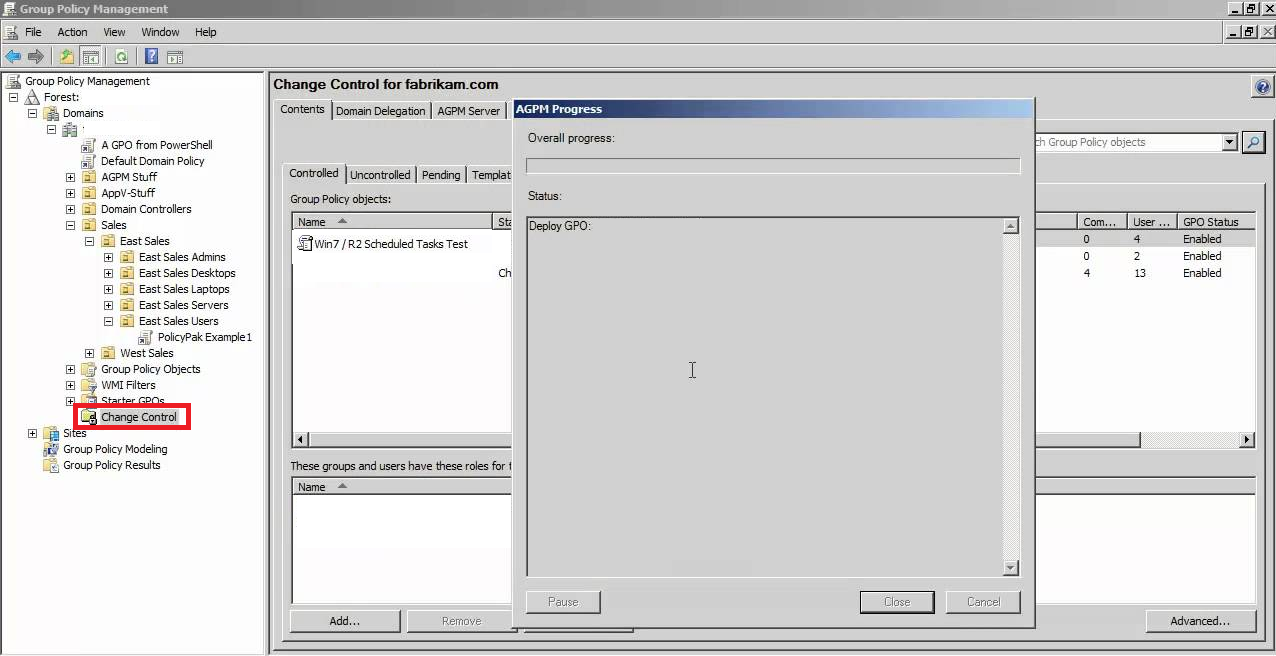 This tool for managing, enforcing and monitoring BitLocker drive encryption. MBAM is accessed as an administration console via a web browser, as well as an agent which must be installed on every computer in the enterprise.

Microsoft Diagnostics and Recovery Toolset (DaRT) 10 is a tool to diagnose and repair a computer that cannot be started. It was formerly called Emergency Repair Disk Commander (ERD Commander – Winternals) and diagnoses an offline copy of Windows through a bootable WinPE environment

Microsoft DaRT is now referred to as the Windows Recovery Environment and comes standard with Windows 10.